Streatham is a vibrant, multicultural area with a well-established local arts scene and great shopping and leisure faculties. Norbury is a peaceful area with a village-like feel which also has some great facilities to offer. Both areas have excellent transport links and relatively affordable property prices, and seem to have caught the eye of young families, professionals and first-time buyers. As estate agents, Norbury and Streatham are areas we believe have great investment potential and as a result are both places we would recommend as good starting points to begin your property search.

Where are Streatham and Norbury?

Property to rent in SW16?

We're the Streatham Estate Agents SW16 for you! Find out how we let properties in Streatham SW16 in little over a week... 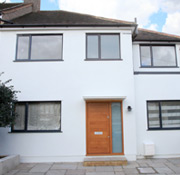 As Streatham Estate Agents SW16 we're ideally placed to sell your home - and we know exactly how to achieve a higher price while putting you in complete control.

Streatham takes its name from “hamlet on the street” and dates back to Roman times. The area remained largely unchanged until the 18th century when people flocked there to use the village’s natural springs which were celebrated for their health-giving properties. Development increased with the arrival of Streatham Hill railway station. The A23 road (and its high traffic levels) that runs through the area have often been blamed for much of the decline during the 1970s and 1980s, but the area is now undergoing redevelopment and the local council is working hard to promote the area’s many attractions.

As estate agents, Streatham affords us with a good mix of properties to offer buyers. The property landscape comprises Victorian and Edwardian terraces, larger period conversions, 1920s/30s mansion blocks and post-war functional housing. Cheaper than neighbouring Clapham and Balham, the area has become a popular choice with first-time buyers and young families. Due to its excellent transport services (including some of the best bus links in Europe) the area’s rental market is currently enjoying a surge thanks to increasing numbers of commuters choosing to settle there. As a local letting agent, SW16 is an area we recommend to landlords looking to invest because of the already well-established tenant base.

What to do in Streatham SW16

At two miles long, Streatham has one of Europe’s longest high streets and was home to the UK’s first supermarket. Today the area boasts a good selection of high street stores and independent shops as well as a cinema, ice rink and bowling alley. Nightlife is fairly low-key and comprises a range of bars and traditional pubs including The Five Bells which plays an eclectic mix of 80s and 90s pop music and serves up a good choice of beers and wines. There are plenty of eateries to choose from such as Mangetsu, a popular sushi restaurant.

There is plenty of green space to be enjoyed including Streatham Common with its amazing views, woodland, grassland, wild flower meadow and picnic area. Part of the Common has now also been declared a Local Nature Reserve. As local estate agents, Streatham provides us with some of the best views and pretty tree-lined streets that South West London has to offer.

What to do in Norbury SW16

The name Norbury derives from North Burh, meaning North Borough. Like neighbouring Streatham and Croydon, Norbury lies on the old London-to-Brighton Roman road, which has become the A23. The area saw increased development and settlement after the railway station opened in 1878 and connected Norbury with Croydon, London Bridge and Victoria. Today the area has a village feel and is well served by many residents’ associations and community groups.

As estate agents, Norbury affords us with some very reasonably priced properties to offer buyers, mainly because the area is still relatively unknown. The Green Lane area with its wide tree-lined streets is the most sought-after location, with the more affordable terraces, conversion properties and flats being found towards the high street. As a local letting agent, SW16 is an area we recommend to commuters because of its close proximity to the City and the great local transport links.

Norbury high street has all the usual amenities on offer as well as a few high street names, cafes, a Post Office and a library. There are plenty of takeaways to choose from and a few good restaurants including Shahee Bhelpoori Vegetarian Restaurant which offers an extensive choice of nutritious, meat-free dishes from South India’s Kerala region. Nightlife is fairly low-key but Norbury’s location means it is within easy reach of nearby livelier haunts. The Norbury & Edge NightClub is the area’s main venue and incorporates a large bar, nightclub and function room and hosts regular live music and entertainment nights.