So every weekend, someone who says they’re looking for a detached period cottage will find themselves bundled into the back of a branded mini and dragged, mystified, around a selection of new-build apartments before they’re allowed to view what they actually wanted to see in the first place. Maybe it’s even happened to you when you’ve been looking to buy, and now you know why – it’s to drag up viewing numbers of properties where the owner is giving the agent a hard time.

They also have a habit of booking you in to see properties even though it’s advertised at £100,000 more than you’ve told them you can afford.

And think about that for just a second. Do you think it's possible they told the owner “we’re super confident we’ll sell your property for (insert very high valuation figure here)” yet they drag around buyers who simply just can't buy it?

Now, the agent would tell you that buyers are very bad at knowing what they want, and they’ll often end up going for something totally different from what they were originally looking for. And to be fair, there’s a grain of truth to that. But overall, the whole thing smacks of throwing a certain substance at the wall to see what sticks.

That’s the advantage of doing your own viewings (which we talked about it an earlier email): if your photos and description are accurate, you know the buyer isn’t there under false pretences – so you’re not wasting your time, and you can take their feedback very seriously.

Another advantage of doing the viewings yourself is that you'll have a better chance of converting viewings into offers than an average agent. Not only can you speak with passion and authority about your home, but you can also answer any questions on the spot, something agents are always very good at.

It’s actually depressingly common for a viewer to ask a basic question about the local school for instance, to which the estate agent replies, “I’ll have to ask the vendor” and promptly disappears for a week, by which time the buyer has gone cold on the idea or found something else.

Remember, if you do your own viewings through Fishneedwater, we’ll qualify the buyer in advance, arrange a suitable time with you, and then follow up with them straight afterwards – so you need to do nothing more than open the front door and chat honestly about your home and what’s great about the area.

Even so, doing the viewings isn’t for everyone – either because of other commitments or just not feeling comfortable for some reason. In those situations we’re very happy to do the viewings ourselves, and we sometimes like to employ another underused trick to get the offers flying in: an American-style “open house” viewing.

This works brilliantly because we’re all hard-wired to fear scarcity: seeing other people looking around at the same time really makes us realise that there’s a chance of missing out if we don’t act quickly. Sure, agents will always say that there are other interested parties (whether that’s true or not), but seeing those interested parties is what gets us far more panicky and eager to put in a good offer straight away.

So our point is, don’t let your agent convince you that everything’s fine just because there have been a few viewings: ask them how qualified those buyers were, and what their detailed feedback was. The key is to get the right people through the door, then convert any interest into firm offers as quickly as possible.

That’s where things start to get really interesting, and it all comes down to a word that petrifies most people but we absolutely love: negotiation. We’ll see you in a few days to get right into it, and hopefully convince you to love it almost as much as we do! 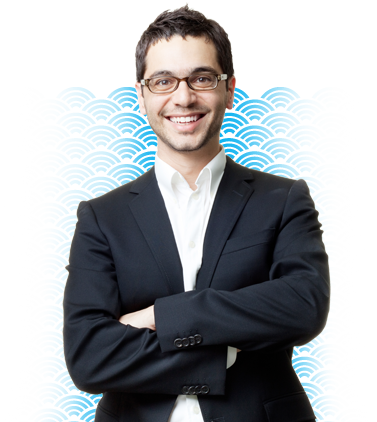 Is there anything you didn't understand, or do you want to ask us any questions?

We're always willing to offer our knowledge, expertise and even a few secrets about selling property. So if there's anything at all you need to know, please get in touch for a chat as we're nice people, and we love being helpful.